There was no video last week due to me being sick and preparing for a conference where I was able to talk about sign language and interpreting with a group of college students. A new video will be out either today or tomorrow.

In the news last week was the landfall of Hurricane Sandy in New York. Though I was out of touch with the news and everything that went on during the week, I did see comments about Mayor Bloomberg’s sign language interpreter. Her name is Lydia Callis. From the video clips I saw she did a great job.

There have been parodies done on some of the weekly entertainment shows like Saturday Night Live. Though I haven’t seen many of these, they have caused quite a stir.

Let me tell you about the controversy and see what we as students of the language can learn from the event.

However, some people have also commented about how Ms. Callis seemed over-the-top with her animation. That is the nature of the language. It is possible to be too animated, but I don’t think she was. When, as an interpreter, your actions upstage the main speaker then you are too animated. In the case of Mayor Bloomberg what Ms. Callis did was a difficult task. Because he is so monotone and un-animated in the video clips I saw, any interpreter would upstage him.

What a great way to alert the deaf public for such an important event! Certainly this is not the norm.

News and events like this are supposed to be closed captioned. However, if you have ever watched the captioning of live television you know that it is a difficult task for the person typing the information. I do not mean at all to denigrate the work of those who do live captioning. It has to be tough. However, reading it sometimes is challenging for a good reader. I would much rather see an interpreter than read captioning that contains typos and is 5 second behind.

The National Association of the Deaf has even weighed in on some of the parodies. They have written a letter asking that one of the TV programs apologize for the way they have mercilessly teased the interpreter. Is this necessary? I don’t know but it sends a message that what the interpreter did was important, difficult and appreciated. Even if the general public does not understand the job of the interpreter, the Deaf do and they are thankful.

Again, I have not watched all of the parodies, but the one short one I have seen was very unkind to Ms. Callis and was disrespectful to the importance of the language.

There is a great article at the website MentalFloss.com which explains why the interpreter looked so animated (even though Mayor Bloomberg is not). The article goes through and breaks down some of the things Ms. Callis did while interpreting and why she did it. It is an excellent article to read as a primer on some of the visual intricacies of sign language.

The ABCs of ASL

There is a book called A Basic Course in American Sign Language. As a new sign language student it is the book I would recommend you start with on how to implement some of the elements that you see in the way Ms. Callis interpreted. There are books that handle this information on a much more profound level, but this book is a good introduction to the facial expressions and movements that help modify the words being signed.

The ABCs of ASL is a book that is understandable and written with the new student in mind. Besides being a book on how to use the language it covers quite a bit of new vocabulary for the beginning sign language student. 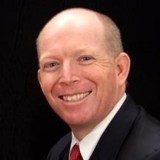 Missionary working with the Deaf. Started learning sign language in 1988 and have spent much of my ministry training others in how to minister to the Deaf through local church ministries.

I find it quite a bit of a stretch that she would be criticized for being ‘too animated’. As you and both know, that is a significant aspect to how well an interpreter gets the message across. I don’t think her style is so much of an issue as it is the fact that some people are just looking to make issues, no matter the situation.

I agree that some people are just looking for reasons to make fun of others. Much of what I have seen in articles about the interpreter is that those poking fun at her style though she was overly animated. That goes to show how little they know about the language they are mocking.

This site uses Akismet to reduce spam. Learn how your comment data is processed.

Use the link to the RSS feed for the podcast or one of the buttons below to subscribe for free in the directory of your choice.

If you need captioned videos you can click the Closed Caption [CC] symbol in the player window. Captioning will help those who may be hard of hearing or Deaf and wishing to learn sign language.